Bear in Hollywood: An Endangered Species 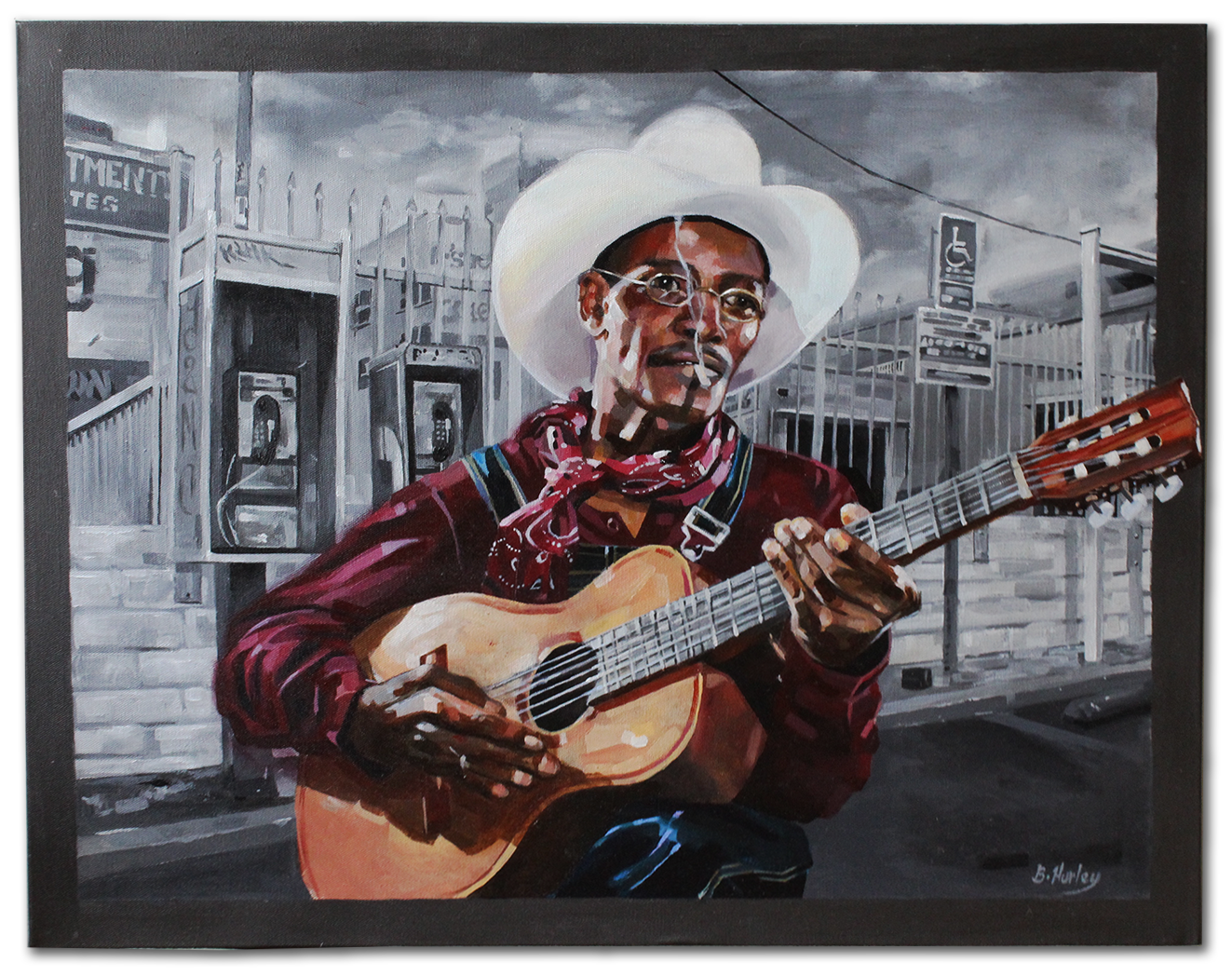 Ain’t No Sunshine (acrylic on canvas)

Brandon Hurley has been putting in work over the past decade, keeping his dream clamped tight in his hand as the bummers of real life persistently attempt to pry it from his paint caked fingers. Hurley has dedicated hours upon hours to tedious brush strokes, creating a story of his own as colors wildly explore the vast plains of a blank canvas. To pay the bills, he has been known to give Old English style tattoos to countless amounts of under appreciative scum; me being one of those scum. He is like a bear in the woods, battling a belligerent bee hive with countless part time jobs and rude assholes swarming about his twinging nose. Distracting him from the precious honey that tastes of success. Or at least comfortably. A honey welded together by aspirations and visions. I have dismayingly watched my good friend fight this battle for years, so after I visited him in Hollywood just recently, a smile aged my eyes. Finally, this bear in the woods was tasting that honey.

Brandon Hurley is one of my oldest friends. Ever since I could remember, Brandon had a great talent when it came to doodling. Even in our first grade year book, Brandon’s self-portrait was way ahead of its time. The doodling, over the years, grew into enchanting paintings, where one can see a detailed reflection of a landscape in an old chief’s eyes.

The artist wanted to meet me at a packed, Santa Monica, English Pub to watch The Golden State Warriors play game six.

“I have to watch that game, dude,” he demanded on the phone, before I could even argue. Hurley spent most of his growing up throughout and around the Bay Area, from the demanding summers in San Jose to the even more miserable ones in Sacramento. From the Inner Richmond District of San Francisco to the low income housing of Treasure Island. 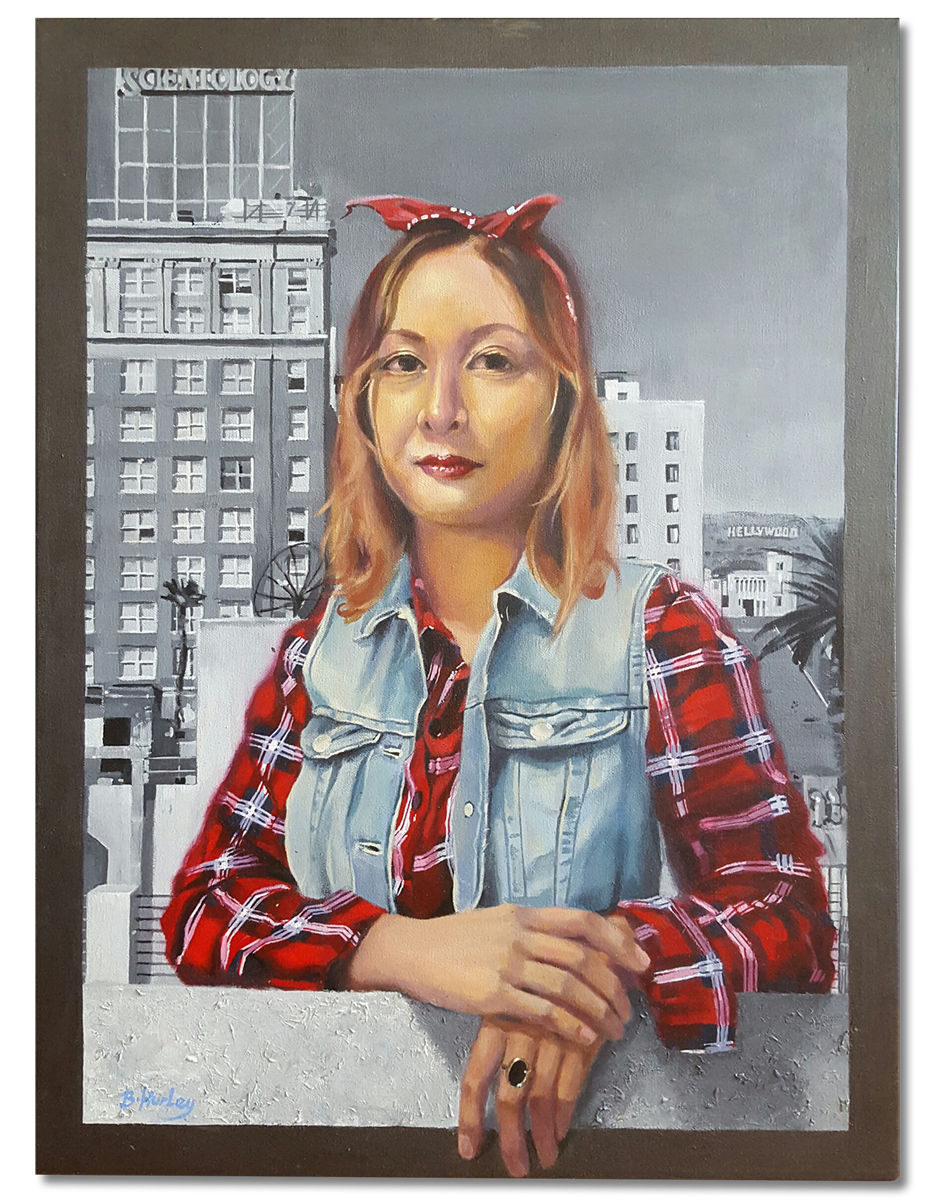 The  Actress (acrylic on canvas)

“I think I want to call it Endangered Species,” said Hurley, his eyes fixated on the game and a beer stuck to his lips. I had asked him about his current series fifteen minutes prior, but a late answer was better than no answer at all. “Like, all of the artists and beautiful things seem to be getting pushed out. I am painting those things, people or whatever they may be, in color while the back drop remains black and white.”

“Pushed out by the technological wave and the people who make it up. Don’t get me wrong, technology is great, but the rent influx in most areas is out of control, and a lot of the creatives are struggling. I mean, I have moved five times in the last five years.

“ People move to these places, most from the tech industry who make a lot of money, which then pushes out the artists AND the culture. ”

Then the culture gets smothered by high rent and a lot of the artists are pushed out too. Look what happened to San Francisco. It’s like…” Hurely’s eyes filled with rage, “Fucking guys! Playing like a bunch of ass-” the stress was too much for him and he redirected his energy away from the Warriors, who were blowing it, and back to what he was saying. “What was I saying?” Hurley asked me. I shrugged him off. It wasn’t important. I’m pretty sure he was going to say “ironic.” 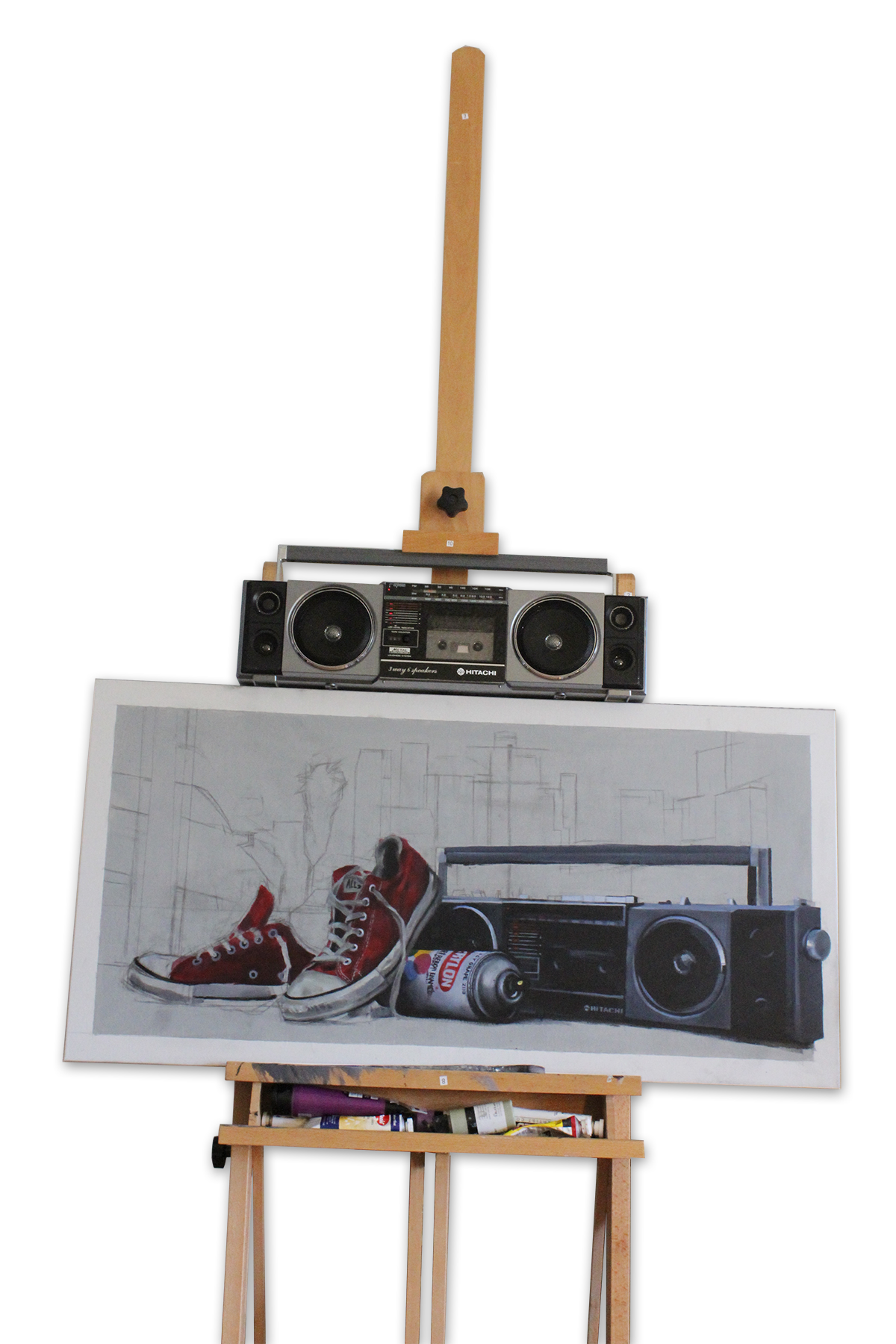 Hurley wanted to take me to a gallery he loved in Laguna Beach, that of Vladimir Kush; a timeless painter who weaves his vivid imagination into each piece. The gallery was beautiful, but I was asked to leave for helping myself to coffee that said “free coffee”. If you are in Laguna Beach, make sure you go into that gallery; it is truly astonishing. Just don’t drink the coffee.

As we walked to a bar, Hurley talked more of his other major inspirations. Picasso, Salvador Dali, and Carl Dobsky were on his top list. Moments later, we entered a classy bar on Laguna Beach, where expensive cologne wafted in with the ocean breeze and Louis Vuitton’s scales shone at every table. After treating me to a couple of $18.00 glasses of wine, I had to ask how he was funding this elegance. Hurley explained that times had been good, and although he had been working harder than a horse hauling a horse carriage, the work was paying off. He had recently sold an entire batch of prints at Zen, a gallery on Santa Monica Boulevard, and many of his original paintings had been selling in San Francisco.

“Yup, life has been good man,” Hurley said as he signaled to the bar tender that he wanted to close his tab; soft jazz humming through the air and Prada high heels clicking by, like an old Dick Tracy movie. We headed to Korea Town after that, and the rest of the night dissolved with spicy tofu dishes and Soju watermelons. 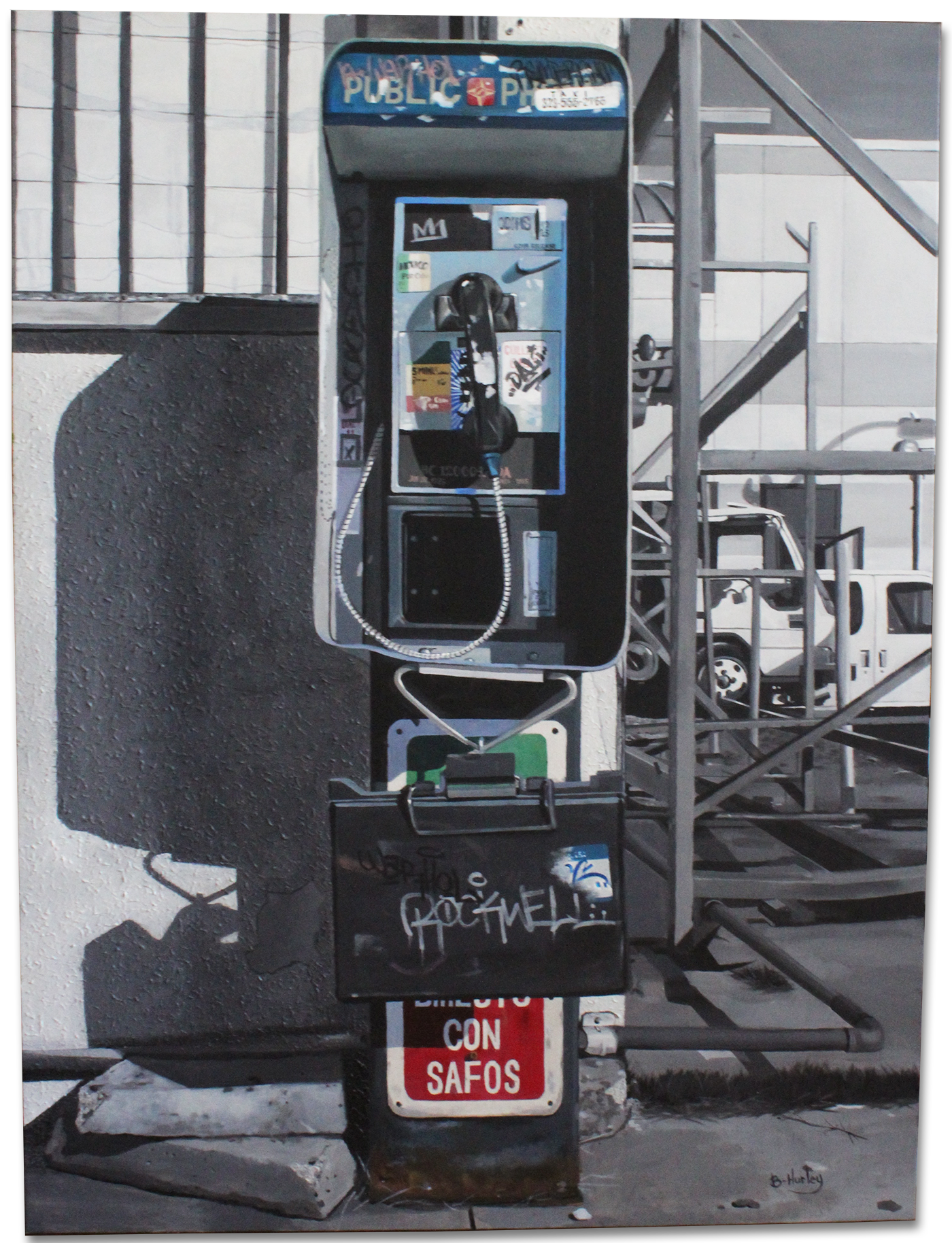 My head pounded me awake and a sharp sun beam sliced into my eyes. The apartment was full of paintings; on the wall, on the ground, behind the TV. One from his new series, releasing in September of this year, was on the easel as others lurked on the wall. Color filled artists, my favorite being an old man playing an old acoustic guitar, radiating on a black and white setting. Hurley explained that he would take photos of different things, and paint them the way he saw them. Simple as that. Some paintings contained multiple photos. He has collaborated with other artists in this series, Endangered Species; graffiti artists for word-styling on a phone booth, like in Con Safos, and poets to compliment his brush strokes with a story, as seen with the oldest piece in the series, The Virus. After coffee, it was time to bid my good friend farewell, and as I walked out of his Hollywood apartment, joy bent my lips. My friend had come a long way from that distant day when Frisbee Golf welded with a psilocybin night, and the name Bear in Woods came about. He had moved on up, from smashing mirrors for frames to sipping wine with the high rollers. He had become an endangered species himself, a “Bear in Hollywoods”.